How to Attract Quality Musicians for Your Worship Ministry 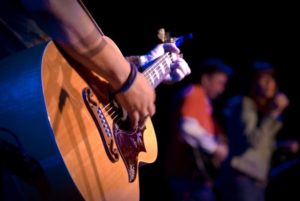 Hello everyone. Welcome to the Worship Q&A Podcast. I’m Dwayne Moore. In this podcast, we try to answer questions that worship leaders are asking.

Today, we have Tony Guerrero (TonyGuerrero.com) back with us for the second week in row in our podcast. I love Tony. I loved the time he spent with our coaching students just a couple of weeks ago and we are now offering some segments of that teaching, that life teaching here on our podcast. Today, Tony will be teaching on how to attract quality musicians into your worship ministry. You’re going to love this teaching. It’s so practical, it’s so helpful.

Before we feature Tony and that teaching, let me encourage you to sign up for our coaching program. We begin a new phase of coaching in September that will go September, October and November. It’s 10 weeks. You can be a part of that. You can join from anywhere in the world. Join us online every week as we meet together and we grow together as worship leaders. So, don’t miss that. Be sure to go to our website at nextlevelworship.com and click on the training tab and then you can find out more information about our coaching program.

Now, here’s Tony speaking on how to attract quality musicians…

Tony Guerrero: I’m going to talk about four little factors that I address in my book that I believe need to be present, but let me start by saying this. If you’re sitting in your church office wondering why musicians aren’t just clamoring to be in your program, you’re making a huge mistake by first just sitting in your office. Remember I talked about all those club musicians who are playing on Saturday night? If you’re not going out and finding the musicians in your community and letting them know that you exist … Here’s another way I put it. Before you go on your next mission trip to whatever country, to Hawaii, before you take your next mission trip, recognize that you’re a musician and one of your primary mission feels is in your neighborhood to the musicians in your community.

So, here’s another question you can ask. Do the musicians who live in my town outside of the ones who are in my church, do they even know I exist? Do they know my name? Do they know me at all? Have they ever met me? Have I ever gone to see them play? Do I have any relationship with the musicians in my community? If the answer is now, then you sitting in your office waiting for them to come in is the totally wrong way to go about that. You need to go out and start meeting those musicians, letting them know that you’re a musician, letting them know what you do every week. Now, obviously some environments are not ideal for all of us to be in, but how great if you’re at some restaurant where there’s live music and there’s a whole table of people from the church cheering on this great guitar player?

Eventually you’re going to meet that guy. He’s going to wonder who this table is that’s so enthusiastic and clapping after all of his solos. There’s going to be a relationship built there. What a great mission field that is for you to go out and start meeting those people. So, I almost regret the title of my book being Attracting Quality Musicians because there are things we can do to attract them, but it leaves out what’s such a key thing is that we also should be going out and getting them.

In terms of attracting them, if that musician walks into your church for the first time, I believe there’s at least these four things that need to be in place.

The first one is the quality factor which is a lot of what we’re talking about. The fact is quality musicians want to be a part of quality music. So, if a great drummer walks in and you’ve got a band up there who can barely hold it together, there’s not a whole lot of impetus for him to get in. Here’s the thing. He may be very ministry minded and say, “I’m going to dive in and help these guys." That’s great, but that’s not you attracting them. So, the question is how do you attract them? So, if you’ve got this team up there that’s not performing at a certain level, that drummer may be totally fine. He’s totally within his right and spiritually okay to just choose to sit in the pews every Sunday and not be a part of your team. I think we often put pressure on musicians who are sitting in the congregation, but there’s a lot of reasons why they may not be a part of the ministry, but this could be one also is that it’s not fun to make bad music.

That’s a really easy way to put it. It’s not fun to make bad music. Some of that ties in to how you use the musicians you do have. Like you mentioned one of these people was just getting started with their ministry and one of the things the great Duke Ellington used to do, Duke Ellington was one of the great band leaders of the last century. When you look at a Duke Ellington big band score which is 13 to 18 instruments, it doesn’t say first trumpet, second trumpet, third trumpet. Instead it says, “Cat Anderson, Cootie Williams." It lists the names of the players. The reason is because when he would write music, he would write based on knowing what each of those players could do and he would write that into the score.

So, if you’re arranging your music for the band that you have and you’re expecting a bass player who is very limited or only has been playing a couple years and you’re expecting them to play some heavy duty gospel bass thing, they’ll never sound good doing that. If you have an orchestra and you want to write this great arrangement that has the trumpet going up to high D’s and E’s and F’s and your trumpet player is a high school kid who can’t play above a high A, it’s never going to sound good. So, knowing what you have and learning to arrange the music for the players you have so that they sound the best they can sound. That’s also a quality issue is to serve up your band in the best light.

The second factor I would mention is the fun factor which we kind of talked about with the jam session thing, but let’s face it. Any adult musician who’s playing an instrument, when you’re a kid you might be forced to play an instrument by your parents, but anybody who chooses to play an instrument does it for one reason only and that’s because it’s fun.

That’s why any musician that’s chosen it for a living, they chose it because it’s fun. Not because it’s going to make them a ton of money. So, playing music is supposed to be fun. If being on your team isn’t fun and there’s a lot of aspects that go with that, and I don’t mean throwing a party every weekend, but if it’s a drag to be on your team because you’re a surly tired leader or you’re unorganized or the music is old and never changing or whatever it is that could make it un-fun and you all know what those things are, those are things that have to change.

You as a leader are responsible for keeping the energy up of your team. That comes from making sure that they’re having fun. Things like the jam session. Things like doing special music. All these kinds of things that you can do.

Miles Davis was by all accounts a horrible person in a lot of ways. Not a very pleasant person to be around, but every great musician wanted to be in his band and they would drop anything they were doing to be part of his band because he knew how to lead them musically and get them to this level. That’s what great musicians want is they want to be taken to the next level. So, that’s something you need to be doing as a leader.

Again, seeing a leader who’s let’s say not as good of a musician as me let’s say and I go into your situation, I recognize he’s not at my level yet or vice versa. If I’m the leader and somebody comes in and they’re better than me, just recognizing that that leader is somebody who is committed to growth and committed to improving and sees that as a value, all that kind of thing is really important.

The last one is the creative fulfillment factor. So, that idea of turning over an arrangement to a different musician so you’re not the only person calling all the shots. I would say this. If there’s more than one person on your team, meaning not just you. If there’s two, three, four, 10, 20 people on your team, that means you have that many creative minds. I believe everybody is creative.

What’s the very first thing we know God did? We see the act of creation. Then the next thing they tell us is that we’re created in his image. That means every single human being is created. So, it’s not just the musicians, not just the artists. Everybody is creative because we’re created in his image. So, when you have 20 people on your team, whatever the number is and you’re the only one calling all the creative shots, that’s a crime to me because there’s all this creativity that’s going unused.

So, I love that because to give away, as the leader, the creative authority is set in you. That’s yours. It’s yours to use and it’s also yours to give it away. So, to give away creative control to a song, to an arrangement, to something, give away that control. Now, with that comes responsibility. Let’s say that bass player is going to do an arrangement of a song. He has a responsibility of knowing your team, knowing your congregation, knowing what will work in there. There’s responsibilities that come with that, but when you do that and it becomes a symbiotic relationship that way, you’ll be amazed at how much creativity is on your team.

To find a way to unleash that. So, here’s a big thing. I said everybody is creative. Musicians, artists, actors are hyper-creative. So, musicians to attract a musician, a musician who has the opportunity to join two different teams, one of them that has creative fulfillment attached to it, they’re going to choose that every single time. Make sure that you are allowing for the creativity of your team.

Dwayne Moore: Wow. I really appreciate what Tony shared with us today. I love those simple lengths that we can use in our ministries to attract or even as he said, go out and find more musicians. I especially love his emphasis on going out into the highways and byways if you will and being a missionary in to our community with musicians.

Well, thank you for joining us today. If you have a question you want us to answer here on the podcast, please email us at office[at]nextlevelworship.com. We will do our best to get your question answered. Thanks again. Look forward to seeing you next week. 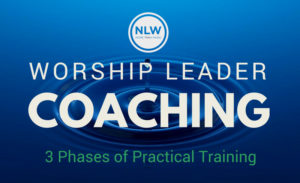 Join our award-winning Coaching Program with Dwayne Moore! Our LEGACY Phase starts in September of 2018!

This site uses Akismet to reduce spam. Learn how your comment data is processed.